As a leader, do you play favorites at work? I ask this question in my consulting and teaching work frequently.

Most times leaders think about this for several seconds and then say with a shrug, “Well, I guess I do play favorites, but I try not to.” Occasionally I will have some managers or supervisors who are adamant, “No, I do not play favorites.” As we discuss this a bit more, the managers realize that they do have some people they are more compatible with than others.

In every group, there are people you would rather work with if possible. That is human nature. When making decisions about who does what in an organization, leaders habitually “play favorites,” even though they know it is a real trustbuster. Let’s examine why this is and suggest a few antidotes that allow you to operate freely, and not fail as a leader due to the issue of favorites.

First, recognize that you do have people that you prefer to work with on specific jobs. You click with them and work well together, or they have a special skill and track record that gives you confidence the job will be well done. These are your “go to” people for specific jobs. Barring any outside force, you would choose these people for their traditional roles. Unfortunately, the more you use people in a certain type of special assignment, the more you appear to be paying favorites to the rest of the population. That can create unfortunate conversations about you in the break room.

How can you continue to operate most of the time with the people you are most comfortable with and still beat the stigma of playing favorites? There are several antidotes to consider:

There is an interesting backlash to the issue of having or playing favorites. If you are in a leadership position, you want all of your feedback and appraisal information to be as objective as possible, but how do you know when you are being objective?

I often found myself unconsciously grading down my favorite people in order to satisfy myself that I was not being biased. Then I would catch myself and wonder if I was really being fair to my best people.

So, I would jack up their performance reviews. Then later I would ruminate that I really did that because these were the people I was most comfortable with. In other words, I really struggled to figure out if I was being anywhere close to objective. Compounding that is how other people would perceive my calls on performance reviews during supervisor correlation sessions. I always felt my own administrative assistant was at a disadvantage due to this conundrum.

If I rated her slightly down in order to not appear biased, then I felt guilty about it when reviewing her performance appraisal. You can go slowly insane with this kind of analysis. The best way out is to have a solid correlation process among managers to review all performance appraisals specifically looking for any local bias.

It is amazing how people cannot see their own biases toward certain individuals. I once had a Department Manager who suggested his administrative assistant was the benchmark for the best one in our division.

This was just a week before one of the engineers came to me with a complaint about the quality of her work. I looked at a letter she typed that was ready to go out to our customer, stamped envelope and all. In three paragraphs there were more than 15 rather serious grammatical and typing errors. I could not believe the Manager put her up as the high benchmark for our entire division. He just could not see how weak she really was. In this case, having the letter as evidence rather than just a testimonial from her boss was very helpful.

In order to have an environment of trust, people need to know they will be treated fairly when it comes time for their performance reviews. They have to be able to trust that they will be assessed fairly on their merits as well as their weaknesses and seen as a whole person.

Be constantly aware of the issue of playing favorites. It is a significant trust buster in every organization, yet by using the techniques outlined above, any leader can avoid the trap. At the same time it is possible to use your “go to” people most of the time for critical assignments. 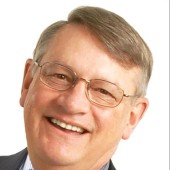 Time Keeps on Ticking – What’s a Day of New Product Delay Costing You?

Is Your Body Language Helping Your Executive Presence?

Keeping Your Eye on the Future