Time Keeps on Ticking – What’s a Day of New Product Delay Costing You?

Companies that try to improve return on new product investment by managing project expenses are pulling the wrong lever. I’m not saying cost isn’t important. But once staffed, project cost is largely driven by the length of time the project team takes to finish. Managing project completion dates is a much stronger lever for controlling the cost side of the equation. As an added benefit, that lever creates tremendous impact on the revenue side.

Let me share a jaw dropping discussion that I had with a mid-size business last week. We were discussing their innovation bottleneck which was getting projects through development on time. One project was more than six months late, so I asked if they knew what the extra development time was costing them.

“Well the project costs could easily end up double what we anticipated,” the COO told me. “But that’s not my biggest concern.” He then explained that a competitor had recently released a new feature and had taken almost 20% market share. They needed the project just to catch up in the marketplace. Even if they could only regain half of the loss, every day of delay was costing them nearly $50,000 in lost sales: quite a hit for a mid-sized company.

Delivering the project late was not only impacting the project costs but the revenues too. When he shared this information, his project leader was stunned. If only she had known! She would have prioritized differently. She would have put lower priority projects on the back burner. She wouldn’t have allowed new product perfection to get in the way of good enough.

So, is there anything you can do to help your teams deliver projects in less time? Here are a few strategies that can have a big impact:

1. Conduct comprehensive project planning – Have your team evaluate potential obstacles and develop plans that includes early verification of technical, manufacturing, and commercial feasibility. This planning requires full participation from supply chain all the way to marketing.

2. Inform project teams – Everyone on or supporting the team should know how much each day of delay affects the company in both higher costs and lost revenue. Align incentives correctly and peer pressure will make the team much less likely to accept unnecessary delays.

3. Freeze product requirements before design starts – Nothing delays a project like adding new features and design requirements during development. One consumer products company had a project, originally estimated to take a year, which was passing the three-year mark. I found that well-meaning executives were continuing to suggest changes well into the design stage, which the project manager felt compelled to include. Innovators need to treat project schedules like train schedules. Railroads don’t call the train back to add new passengers; they put them on the next train.

4. Employ critical chain project planning techniques – Ask how quickly someone can complete a task if everything goes perfectly and they might say 1 week. Ask how long it would take to complete the same task with a very high degree of certainty (95% or more), and they will normally double their original estimate. The difference between the two is the task safety buffer. If a student knows that they have two weeks to finish a task that takes one day, many only start the day before the assignment is due. Because of this “student syndrome”, individual tasks rarely finish in any less than the time allotted. Since this consumes the safety buffer at each step, any unforeseen problems result in project delays.

Critical Chain Project Management (CCPM) attacks this problem by estimating each task length at both a high degree of certainty and at the shortest possible time (50% certainty). The project plan uses the shortest time as the planned task time and adds a shared safety buffer that replaces the task buffers. The difference is that the project buffer only needs to be half the size of the task buffers since tasks start as soon as possible and sharing reduces the overall variance. By definition, CCPM accepts that half of the tasks will take longer than planned. So the buffer still gets used, but on its intended purpose of unexpected delays and problems: not on unnecessary waiting and procrastination. As a result, companies implementing CCPM usually reduce project completion time and cost estimates by 25% or more and achieve on-time completion rates of 98% or better.

5. Limit multi-tasking – I say this every time, but only because it’s so harmful to productivity. People stretched across too many projects are less productive, but even worse the quality of work suffers and waiting delays use up the project buffer unnecessarily.

The More Impact Bottom Line – Project delays are a major drain on new product return on investment, and they have the added impact of driving up costs while also delaying new product revenues. If getting new products through development is holding your company back, these five strategies can help eliminate the constraints that are preventing you from delivering more impact. 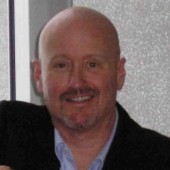 Succession planning for the CEO and small businesses: Part 2

Leadership Agility: How to Improve It

Being A Good Boss Sometimes Means Being Vulnerable

4 Tips To Improve the Morning Meeting